(An Imaginary Newspaper Article in 2021)

Obtaining a first-rate education is a mighty struggle for the masses of impoverished children of Zambia, and yet the very future of Zambia depends on educating its people.  Though Zambia has managed to maintain a peaceful democracy since independence in 1964, it has been buffeted by the impact of AIDS, the decline in the price of copper, drought and corruption.  Public schools are able to service only about 50% of school-aged children.  Illiteracy among women is still unacceptably high at about 40%.  The “brain drain” of educated Zambians to Europe and the US further imperils the need for an educated work-force for the development of the country of Zambia.  So, the model of Ubuntu Schools is indeed a ray of hope.  The Ubuntu Schools have managed to create and maintain 3 large schools, each serving about 1000 children in Lusaka.  Though the students are drawn mostly from the poorest families in squatter compounds, the academic results have been superior.  Ninety percent of those enrolled in grade one continue on to receive a high school diploma, and 40% of high school graduates have exam scores enabling them to enter the University of Zambia.  Morale has been high among faculty and students alike.  Most impressively, this has happened in a manner largely sustainable from Zambian resources.

The story of the Ubuntu Model itself is remarkable.  Beginning with a single, large community school, Living Hope, the model has maintained an unwavering commitment to excellence of the educational experience.  The schools serve the neediest and most vulnerable children who live in some of the most impoverished squatter compounds in the world.  The children are referred by the Ministry of Social Welfare because they have been judged to be vulnerable or neglected.  Some had been living on the streets and were taken into a dormitory at Living Hope.  The schools began with a focus on upgrading the quality and motivation of the teachers.  Salaries were increased and reliably paid.  Teachers were actively supported to obtain upgrading to become fully qualified teachers. Non-cash incentives were added such as housing, participation in income generating activities, payment for education courses and social security.  Teachers actively collaborate with administration on program development such as pre-school education.  Strong outreach to care-givers and strong social and psychological support for the students result in highly motivated and well-adapted students. Participation of the community in the governance and maintenance of the school is a key success factor. Technology in computer education has played a key role in the education of both faculty and students.  Co-operative distance learning agreements with excellent universities abroad were negotiated.  Cost-sharing agreements with Zambian businesses enabled the school to improve while particular man-power needs of the companies were reliably filled by Living Hope graduates.  The Board of Communities Without Borders Zambia (predominantly Zambians) has collaborated with the Board of Communities Without Borders USA (predominantly Americans), which has enabled Ubuntu Schools to draw from both local support and international expertise.  The Zambian Ministry of Education has provided key technical support along the way and now supports the salaries of 90% of teachers at Living Hope. Today the model has been expanded to 2 other schools in Lusaka also serving predominantly orphans and vulnerable children and the Government of Zambia is encouraging the model to go to scale.

The schools have strongly supported girl-child education, realizing that investing in education for girls is one of the most cost-effective modes of enhancing development.  Each year of education that a girl receives results in improved health for her children and herself, reduced infant mortality, better prospects for employment and improved economic status.  The schools have established Girl’s Clubs where successful community women mentor the girls regularly.  They have actively collaborated with local NGOs such as Families Matter to provided added psycho-social support for the girls and to reduce gender-based violence.  Special tutoring programs for girls have played an important role.  This has resulted in a marked reduction in the number of girls dropping out before completion and almost the complete absence of unplanned pregnancies during school years.

Since a “sick child” cannot learn effectively, collaboration with a new program called “Healthy Kids, Brighter Future” has become a critically important part of school life.  This program imparts special skills to community school teachers, enabling them to recognize illnesses, to manage some illnesses on the spot and to expeditiously refer children requiring more complex care.  This program has reduced school absenteeism by about 20%.

Beyond the education of the children, the Ubuntu Schools have become de facto community centers, where adult literacy programs and sewing cooperatives have been spawned.  Job training and employment preparation are offered and have become very popular.  In collaboration with other agencies an active Grameen Bank-type micro-lending program has flourished.  Parenting education classes provide an opportunity for best practices to be shared where parents can learn from each other and from experts.  Community health education events are regularly offered.  Libraries open to the public with access to the Internet have made the schools into a center point of community life.  The schools have now spawned local “development committees”, representing the citizens of each community.  These committees have advocated for clean water from bore holes and food banks for the most destitute, supported by local businesses and hotels.  The Ubuntu Schools have truly become the centers of re-invigorated communities. 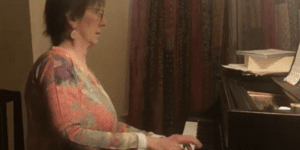 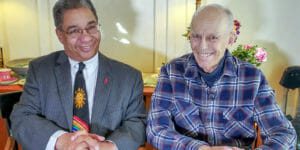 “I am because we are. We are because I am. – John Mbiti/African proverb On February 11, 2019, Beau Stubblefield-Tave, Managing Principal of the Center for Culturally Fluent Leadership, interviewed Dick Bail, MD, the co-founder of Communities Without Borders. The video is available on YouTube. Dick talked about being a physician, FUUSN, anti-racism work, his […] 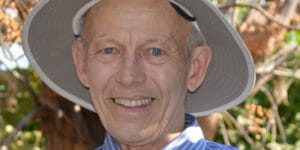 Richard Nelson “Dick” Bail Jr., 76, of West Newton, Massachusetts, passed away on May 29th, 2019, surrounded by family. He was born to parents Richard Nelson Bail Sr. and Vivian Gibbs Bail on October 28th, 1942 in Brockton, Massachusetts but spent many summers on his grandfather’s farm in rural Pennsylvania. Dick graduated from Whitman-Hanson High […]